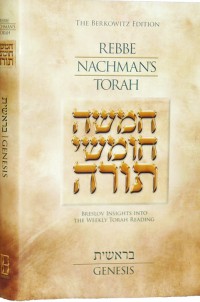 1:1 In the beginning, God created the heavens and the earth.

Aligning Our Heart, Developing Our Spirit

The Pentateuch begins with the letter Bet (ב) and ends with the letter Lamed (ל). Together, these letters the word LeV (לב), “heart.” This indicates that the Torah represents the heart, which is the dwelling place of the spirit (LM I, 10:7). The more we align ourselves with the Torah, the more fully are we able to develop our spirit.

Attuning Our Hearts to God

The gematria of the word LeV is 32, and God’s Holy Name, Elohim, appears 32 times in the account of Creation (LM I, 19:9). This teaches that when we attune our hearts to God, we are able to perceive Him via every facet of Creation.

God’s Pride and Joy in the Jewish People

When God created the world, He anticipated the pride and joy that He would derive from the good deeds of His nation, Israel. He thus created everything in the world in accordance with how it would reflect that pride and joy (LM I, 17:1). Therefore, every Jew must be aware of how important he is in God’s eyes, and know that he reflects the beauty of Creation.

The Torah Teaches Us a Simple Faith

Moses did us a great favor by beginning the Torah with the simple words, “In the beginning, God created the heavens and earth,” for in this way he provided us with a model of faith that involves no sophistication or philosophy (RNW #219).

The World Was Created for the Sake of Faith

The world was created principally for the sake of testing people’s faith. Rebbe Nachman once told a follower of his who was experiencing doubts that all of creation came into being because God saw that there would be people who despite being plagued by confusion would cling to our holy faith. God saw that these people would overcome their questions and remain strong in their beliefs, and it was for them that He created the world (RNW #222).

The Blueprint of the World

The Torah is the blueprint of the world. Everything is sustained by combinations of letters in the Torah (LM I, 33:3). Therefore, a person can always find the Torah, which provides a pathway to God, in whatever exists in Creation.

With the Torah, Hashem Created the Universe for the Sake of Man

The Divine name YaH (יה) is composed of the first two letters of the Tetragrammaton. These two letters correspond to the Torah as follows. Yod represents the wisdom and intellect of the Torah (Yod corresponds to Chokhmah—see Appendix). Heh, which has the numerical value of 5,corresponds to the Five Books of the Torah, as well as to the five classes of consonants that appear in the Torah (guttural, palatal, lingual, dental and labial).

A person who utilizes his three powers of intellect (Chokhmah, Binah and Daat) and his power of speech to study Torah truly becomes a human being--Adam. The name YaH has the numerical value 15.  Man possesses three powers of intellect: thus, the word Adam has the numerical value of YaH multiplied by 3: 45 (also, the Heh can be expanded in three ways—see Appendix).

Therefore, the verse from Isaiah may be understood as stating that “with the Torah, God created all of the universes for the sake of Man” (LM I, 101).

The word Bereishit—“in the beginning”—can be understood as alluding to these two views. This word is composed of the letter Bet (ב, which has a numerical value of 2), followed by the word reishit (ראשית), “beginning.” It may thus be translated as “two beginnings”—i.e., Nissan and Tishrei (LM I, 49:6). Because these months represent new beginnings, they are both propitious for repentance.

“The Beginning Of Wisdom Is The Fear Of God” (Psalms 111)

Thus, with the word Bereishit, the Torah indicates the importance of striving for the awe of God. With this awe, a person can attain great levels of humility before God, so that [even if he falls] he will always return to Him (LM II, 72; LM I, 38).

Also, YaRAi BoSheT—“awe-humility”—indicates that a person’s humility—which is due to his understanding of the awesomeness of God—inspires him to fear God (LM I, 22:10).

Bringing Benefit To Our Homes

Thus, the word Bereishit teaches us that a person who builds his life on Torah principles brings benefit to his home.

This is reflected in the fact that, when we return to our homes following the holiday of Sukkot, we begin reading the Torah from Bereishit (LM I, 266).

We Must Seek the Tzaddik

The letters of the word Bereishit (בראשית) can be rearranged to form the phrase RoASh BaYiT (ראש בית), “head of the house.” The “head” refers to the tzaddik and the “house” to the world. A person’s first step in drawing close to God should be to seek out the tzaddik (LM II, 67).